2 Major Themes You Need To Know About Australian Art 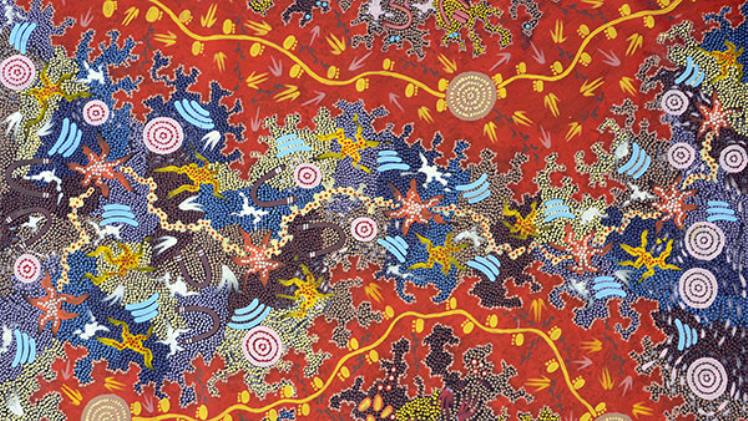 Storytelling comes naturally to human beings. Visual art gives one the leeway to express their immediate realities and conditions. Different countries and regions have developed different art styles influenced by the natural landscape, culture, history, and realities. Australian art has evolved over centuries, and the artistic heritage of the country has a great history. The country’s art museums are centres for some famous paintings. This article discusses the themes and inspirations behind the art of Australia.

The Origin of Aboriginal Art in Australia

To have a clear understanding of the themes that influence art in Australia, one should reflect on the history of the country from which these themes are inspired. The first artistic findings date back to 20,000 years in the form of rock art. The art form was based on symbolism in earlier times, which influenced the Aboriginal cultures to date. Body paintings and natural fibres are a part of Australian art. The paintings based on cloth and canvas came into existence only in the 20th century.

Australian painters such as Albert Namatjira (1902-1959) were famous for their paintings during colonial times. He has applied western-influenced techniques to narrate Central Australian landscapes in his paintings. However, the iconic style of indigenous Australian painting is the dot paintings that gained significance in 1970.

The Papunya Tula Artists Cooperative is involved in developing unique techniques that are now famous across the world. Their privately-owned society was established in 1972. These paintings’ uniqueness lies in the fact that they tell stories related to the community, nature, and heritage. Spiritual and folklore themes are also conveyed through these paintings.

Many paintings in art collections from Australia include themes based on nature. The artists of the land take inspiration from nature to give their ideas a shape on the canvas.

The rustic soils of the country also find a place in the paintings of the land. The Uluru, rainforests, coral reefs, and wetter scenery are all portrayed in the paintings of Australia. Tom Roberts (1856-1931) started the Heidelberg School, which has given birth to some of the renowned artists in Australia. Frederick McCubbin (1855-1917) is another famous artist whose work is centred around bush landscapes and human figures, depicting life’s struggles. Arthur Streeton (1867-1943), Tom Roberts, and Elioth Gruner (1882-1943) are famous painters who have depicted Australian pastoral life, and their paintings reflect the bush ecosystem of the country.

Australia is a massive island nation where there is no dearth of beaches. The beaches of the country also influenced many artworks during the 19th century. Albert Hanson (1867-1914) painted some beautiful paintings that reflected Australia’s beach beauty. The rocky coves, bushland, and white sands of his paintings are magnificent that attract any art lover.

Lloyd Rees (1895-1988) experimented with acrylic and oil paintings to create some moody paintings. The Bondi Beach of the country is well-depicted in the famous “Afternoon, Bondi” painting of Elioth Gruner. The painting depicts a young woman clothed fully in white lying in the sand for some sunshine.

Australian art is beautiful and mesmerising for the art lover. And those who are interested in art should get some famous art to place in the personal gallery.

Buying Guide for Your Women’s Sunglasses

4 Things You Need to Know About Tutu Du Monde